There has been a bit of a furore over an article in the Guardian (and followup), describing the poppy installation at the Tower of London as “fake, trite and inward-looking – a Ukip-style memorial.” 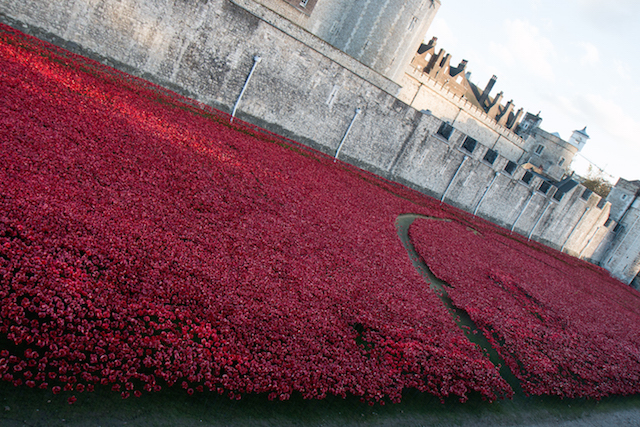 The author’s main complaint seems to be that the Poppies are too sterile and pretty. Instead, any installation should “be gory, vile and terrible to see. The moat of the Tower should be filled with barbed wire and bones. That would mean something.”

I think he’s missing the point here. My take on the Poppies is that its a popular art installation. Filling the moat with a gory recreation of No Mans Land, whilst undoubtably striking, would put a large amount of people off seeing it. Instead, thousands have visited the Poppies - I don’t believe a viceral display would have had the same draw (and would probably have come in for far more criticism).

Getting more people interested in the First World War, and history in general, can only be a good thing.